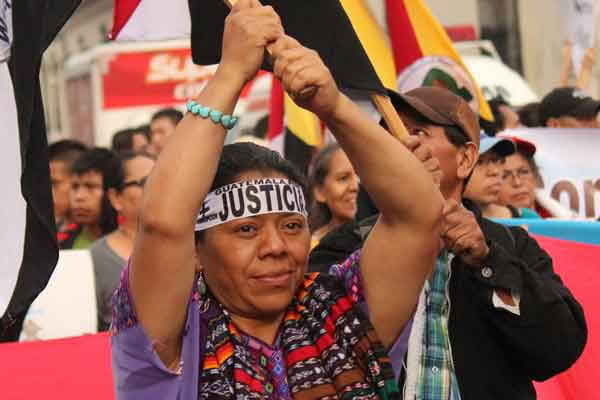 Environmental and climate justice will be at the heart of a series of University of Dayton events to honor the legacy of Saint Oscar Romero. The series will culminate with the University bestowing its human rights award named in his honor to Aura Lolita Chávez Ixcaquic, leader of the Council of Ki’che’ Peoples which helps preserve indigenous lands against corporate exploitation in Guatemala.

"As a result of her frontline advocacy work, Lolita has faced persecution and has lived in exile since 2017," said Shelley Inglis, executive director of the University of Dayton Human Rights Center. "Her story brings awareness to the role of indigenous women in the fight for environmental justice despite the high levels of gender-based and other violence against them."

"Pope Francis has called for urgent action to combat climate change and protect our integral ecology. Yet, environmental and climate justice defenders remain under attack, with governments, corporations and financiers failing to protect their vital and peaceful efforts. The majority of the human rights activists killed last year were working on environmental, land or indigenous peoples’ rights, predominantly in Latin America."  [Read More]